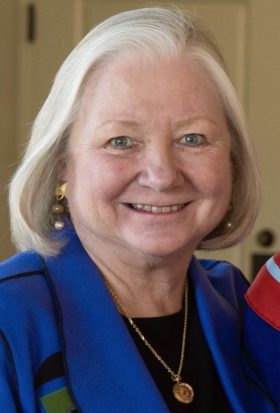 Dr. Stuart is the Executive Director of the Annapolis Coalition on the Behavioral Health Workforce. She has previously served as President of its Board of Directors and has been involved with the Annapolis Coalition since its inception. She is Dean Emerita of the College of Nursing at the Medical University of South Carolina (MUSC), and Professor Emerita in the College of Nursing and the Department of Psychiatry and Behavioral Sciences. She was a visiting professor at King's College, Institute of Psychiatry, at the Maudsley in London and developed a Mental Health Curriculum for Liberia with the Carter Center.

Dr. Hoge is a Professor of Psychiatry at the Yale School of Medicine and Director of Yale Behavioral Health, which provides mental health and substance use services to adolescents and adults. Trained as a clinical psychologist, he is a founding member and the Senior Science and Policy Advisor of The Annapolis Coalition. He is the senior editor or author of three major works by the Coalition: the SAMHSA-funded national Action Plan on Behavioral Health Workforce Development; the Alaskan Core Competencies for Direct Care Workers in Health and Human Services; and the SAMHSA and HRSA-funded Core Competencies for Integrated Behavioral Health and Primary Care. Most recently he has developed and launched the Coalition’s intensive Recruitment and Retention Learning Collaboratives in Behavioral health.

Michael has presented and published widely on workforce challenges and strategies. He has consulted to the President’s New Freedom Commission on Mental Health and to numerous federal and state agencies, foundations, and provider organizations. He has been a member of two National Academy of Medicine (IOM) Committees that addressed workforce issues and Chaired the Behavioral Health Professional and Technical Advisory Committee of The Joint Commission.